What is ascension truly all about?

This question has floated deep in my soul for a while now. I resonate deeply with the labels of light worker and starseed. I know my home has always been in the stars and simultaneously within Source.

Ascension is nothing less than our destiny.

Ascension is our journey back home. 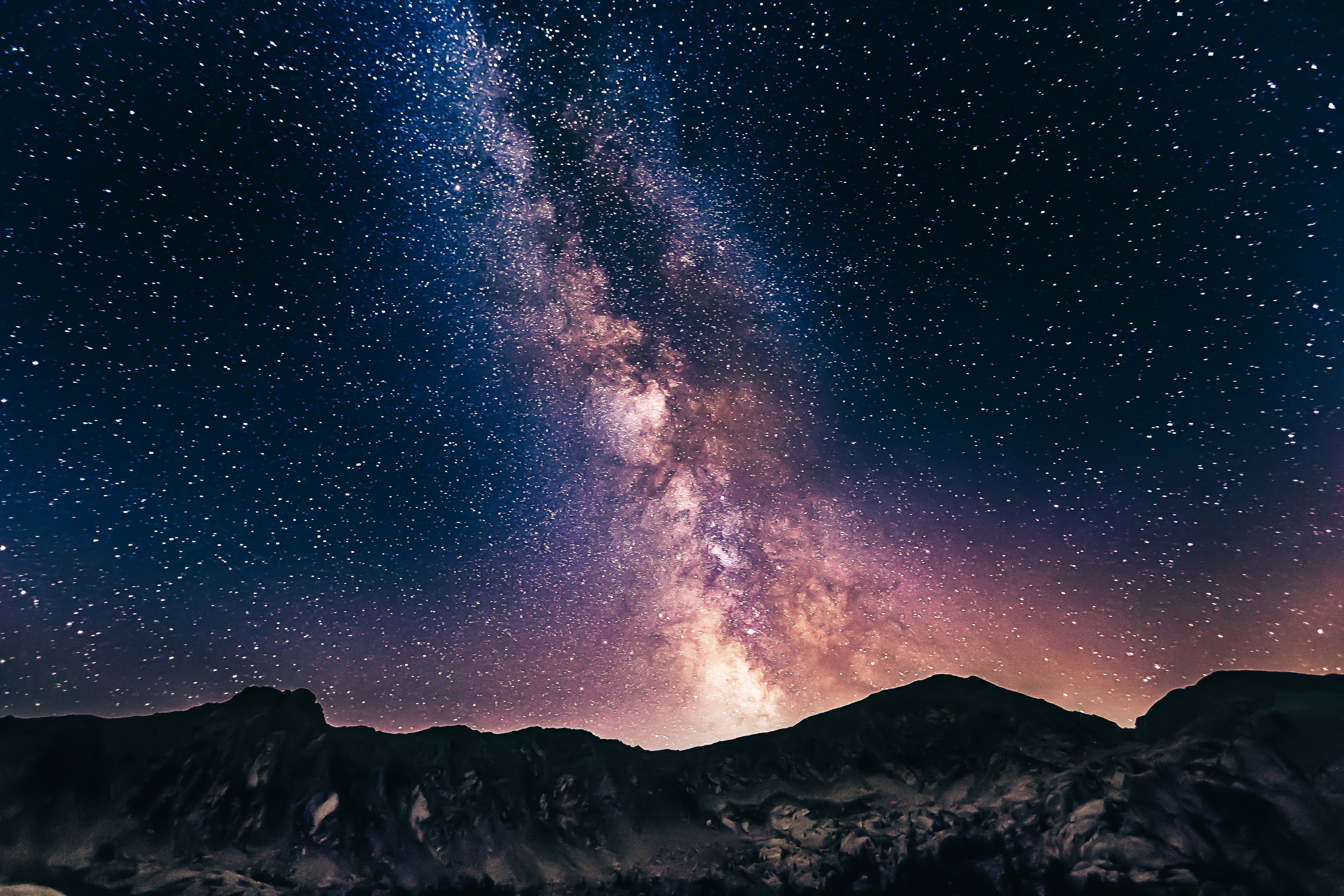 In this post, I spoke of Source (or God, or the Godhead) and how Source decided to divide itself exponentially in order to experience all and everything.

To “ascend” is to make the return back to Source, also known as the return to unity consciousness.

It’s called unity consciousness because in this higher state of awareness we recognize that we are all one. Despite being individualized conscious beings we are also all linked to one another and ultimately to Source.

This is the web of creation, we have all come from Source, and no matter far we descend we are ALWAYS connected to Source and one another. This is unity consciousness, and it is at the core of higher awareness.

So ascension (in it’s most basic presentation) is simply the slow and steady progression back to Source.

ASCENSION IS NOT A TOOL OF THE EGO

By now you’ll notice a pattern, I find it necessary to keep repeating this reminder, these labels are NOT tools of the ego.

Whether we are discussing starseeds, lightworkers, psychic abilities, or ascension, none of these are tools to make one feel superior to another.

There are too many in the spiritual/new age community who are using these terms to feel superior to those they believe remain “asleep” to the true nature of reality.

Nothing could be further from the truth.

Remember that we are all one. Those who understand unity consciousness also understand that in judging another we are lowering our own vibrations and doing the exact opposite of what an enlightened being would do. Of course that doesn’t mean we don’t have boundaries, discernment, and observations, these are all tools of the higher conscious mind (and best left for another post). However, judgment is quite different.

Judgment tends to be hierarchical, as in better than and less than, superior and inferior, or special versus not special, and so on. Judgment is rampant in the spiritual community and is used by those who have let their ego become toxic.

So again, ascension is not a tool to feel superior to anyone, it is simply a state of being.

To understand the why of ascension, we need to understand multidimensionality and density.

While there is some debate in the scientific and spiritual community about how many dimensions to reality there really are, I subscribe to the idea of 12 densities and dimensions and infinite parallel worlds of those 12.

I know that’s a tough one to wrap your mind around, I suggest diving into some of the science-based books in the Mystical Library. There are many theoretical physicists that have also begun to realize we are living in a multidimensional reality…and do a much better job of explaining the science than anything I will tell you.

But back to multidimensionality.

Many people who channel higher beings (also known as mediumship), as well as ancient texts, have discussed this multidimensional nature of reality. The consensus is that we are living in what is know as 3D or third density.

And the belief is that our entire solar system, along with our earth and each of us as humans, are about to take that next step into 4D/5D. This is known as 4th density AND 5th dimension (depending on who you ask). Yes, it’s confusing I know, but the point is we are destined for an epic upleveling of our vibration and THAT is the collective ascension everyone is talking about.

IT’S ALL ABOUT VIBRATION

Now you might be wondering, well how does one uplevel or ascend?

This is all about vibration. More precisely, energy.

You see every layer of experience (density) has a certain harmonic, a certain energy resonance. This is kind of like the keys on a piano, some higher, some deeper, yet all part of the same system.

Our current reality is a place of “lower” density. Meaning that we are living in a reality that is vibrationally very far from Source. Again, there is nothing wrong with that, it’s part of the original template of reality, but after being here for many millennia, it’s finally our turn (as humans, as earth, and as our collective solar system) to step up to the next frequency.

In other words, it is our destiny to ascend. 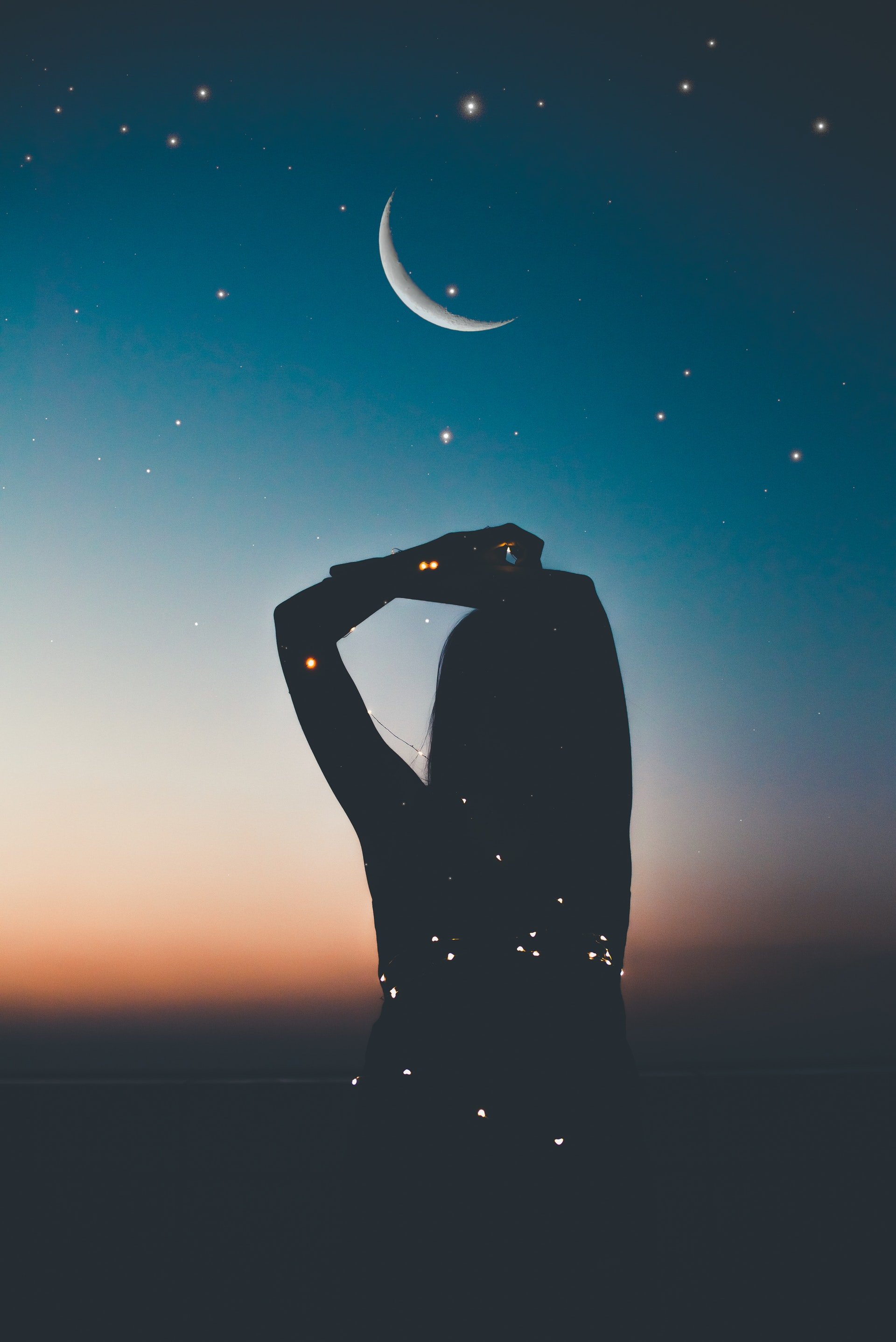 If you are struggling to imagine what’s the difference between 3d energy and say 5d energy, let me explain.

The differences are in the emotions that we would call love and compassion. To ascend is to return to Source/unity consciousness, which is the vibration of brilliant love and engulfing compassion, both of ourselves and one another.

In these higher states, the lower emotions of fear, jealously, greed, envy, despair, etc. dissipate. Now, again, these emotions are not “bad” they are natural and a part of our universal experiences. Earth (and other 3D planets) are a place to learn, grow, and experience. But now is the time for us to outgrow these experiences.

As an aside, there are also beings who align with lower vibrational energy and have chosen to incarnate on third-density planets because they enjoy the misery, depravity, and hedonism available on these lower density planets, but that too is for another post.

So when we imagine our 3d reality, we are talking about a reality almost indiscernible from this one, but where the general vibration is that of love, compassion, and what is known as “service to others”. I wrote about service to others in this post.

The changes in reality are both gradual and sudden. The general belief (and my belief) is that there will be a clear break away point where the world “splits”.

This split relates to the multidimensional nature of reality, a reality where many versions of our Earth can exist simultaneously.

In reality, there is no separation of space and time, only the illusion of linear time and thus these worlds have already split, we are simply experiencing the “before” or “after” in our reality, but that is beyond the scope of this post.

As I said before, this ascension cannot be faked. You can’t push your way into any version of reality, you quite literally match up with the exact vibration of your experience.

So how does one ascend?

The simple truth of it is that 5D and higher are a vibration of more love and compassion, the more you live in love, unity consciousness, and compassion the higher your vibration becomes. Simple right?

Of course in this complex world of ours nothing is that simple. First, we have to face ourselves, the beauty and the thorns.

We choose to step away from experiences of greed, materialism, manipulation, gossip, fear, hate, toxic ego, and the like.

It’s not that these are “bad”, simply that they do not align with her states of consiousness.

And that’s where the work lies. To unwind what we’ve been taught. To unravel the beliefs instilled in us. To heal the heartaches. This can take years, it can take lifetimes. 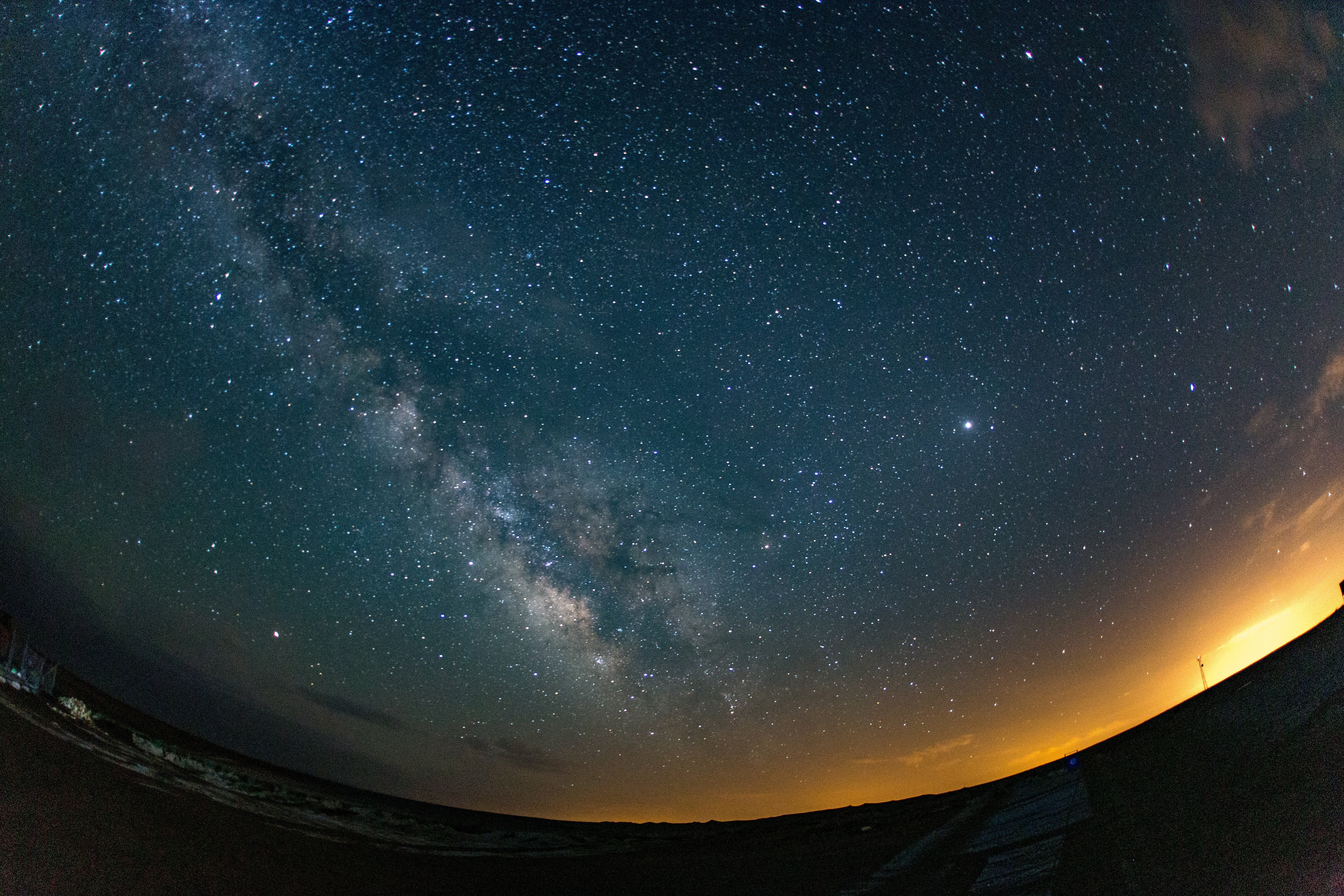 And then there is the facing of our “shadows”. You may have heard the term “shadow work”. This refers to working on our own fears, heartaches, and experiences.

This requires us to dive deep into our psyche, find solace in our sovereignty, to see that we are all one, and with that tool set begin to release old wounds, forgive those who’ve harmed us, and move on from the emotions that have us on lock down.

As you may suspect, THIS is the hardest part.

Now again, this is not about lacking boundaries, being a doormat, accepting mistreatment, or generally becoming a pushover. In fact sovereignty is that the core of this work.

Being a doormat is NOT an act of self love.

Being a pushover does not respect our divinity.

But it IS about being so rock solid in your divinity and in the divinity of others that you recognize that no one can steal your sovereignty and that those who have trespassed against you are simply fellow souls on a journey on self-realization.

From this higher perspective compassion and forgiveness unfurl naturally. There is no forcing of what is naturally illuminated. At that my friends is the deep transformative work of ascension.

Of course this entire website is dedicated to helping you find your unique path toward our next milestone. And I’ll be sharing more on that soon.

But for now just know that we are living in a most extraordinary time in human history. We have arrived at the threshold of a massive upgrade to our soul’s journey, to the journey of the Earth, and of our entire solar system. Beings have come from far and wide to witness the birth of humanity (those who are ready) into the level of experience, and this magnificent ticket is yours whenever you decide you too are ready to experience your next best self.

In the last post I talked about what a starseed is, in this post I want to touch on the term... 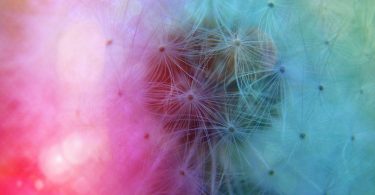 What is Source? Or as some call this energy, God. Or the Godhead, Zero Point, or whatever resonates... 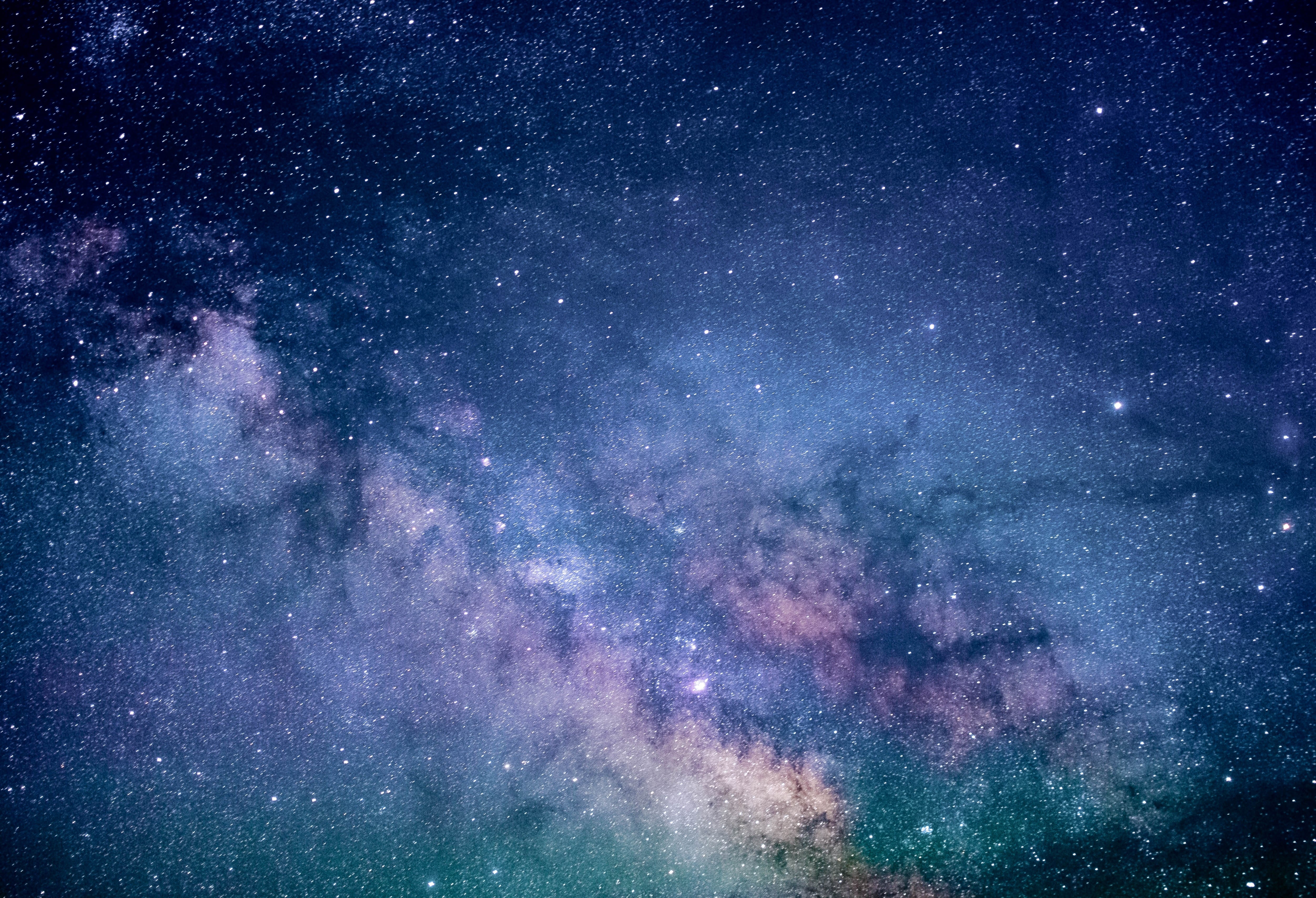 What is a starseed? You may have heard the term starseed tossed around in new age circles. You...